These new works are dark metaphoric landscapes, very large and panoramic in scope, ominous in their linked forms and repeating patterns. I refer to the new works as depicting the “deep forest,” but it is hardly a primeval place. In fact the most of the pictures are made on property owned by a lumber company. This forest has been clear-cut several times in the last century; the density and wildness of growth are recent occurrences. Human presence, just slightly beneath the surface, is everywhere in these pictures, a part of the ongoing cycle of death and rebirth. The pictures themselves are, for the most part, panoramas assembled seamlessly from many separate large-format negatives. The result resembles the real world, but the space described is twisted and distorted in unpredictable ways dictated by the computer’s search for its own kind of order. I embrace the digital surprises in the same way that that I revere the shocking juxtapositions that come so naturally to traditional photography. One good reason to make photographs is to find out what things look like when seen by the camera’s eye. That may sound glib (it was Garry Winogrand who said it first), but it’s truly the way the best photographers work. A successful picture is, on a certain level, a surprise. 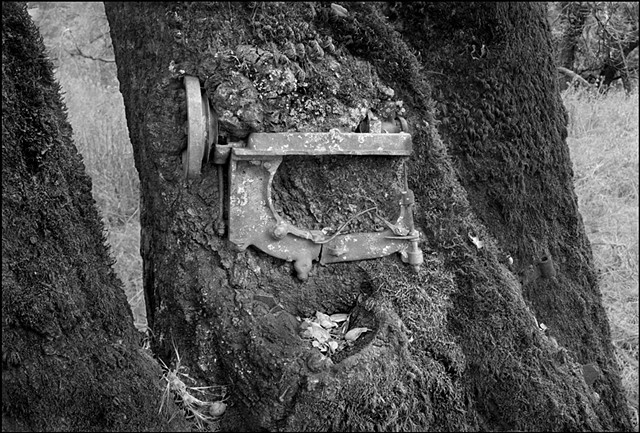 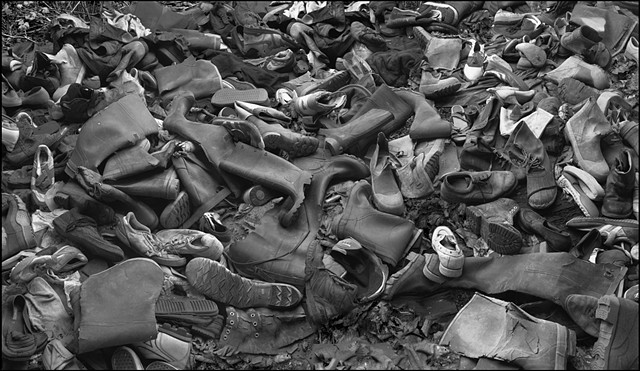