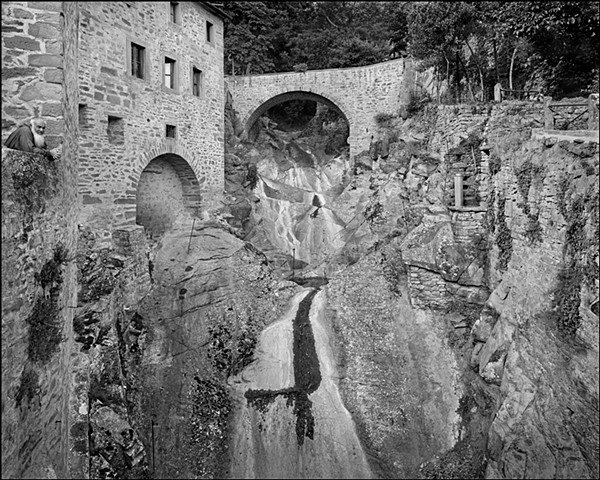 From "Taking on the Landscape: A View of Work by Joel Leivick" by Stephen Vincent, Black & White Magazine, June 2010

Joel Leivick makes landscapes that explore and exalt their subjects with great lyricism. Since the 1980s, his longtime engagement has been with sites in Italy and along the northern California coast, combining architectural, human and natural shapes in large-format photographs. A jazz and blues guitarist by avocation, Leivick brings an improvisatory rhythm and optical sense of play to his visual compositions, weaving together a repetition and mirroring of related forms. As important as the rhythmic distribution of these forms, the photographs are deepened and broadened by the contrast of their details. To look across Leivick’s entire oeuvre—which now extends over 25 years—one becomes increasingly aware that his attention to these details includes a constant attention to the condition of light—a range that varies from an opulent presence to that of a deathlike absence. Indeed, the thread that binds the shifting views of his photographs is their attention to the creation, rise and dissolution of structures, whether mineral, botanical or built by human hands. Stephen Vincent